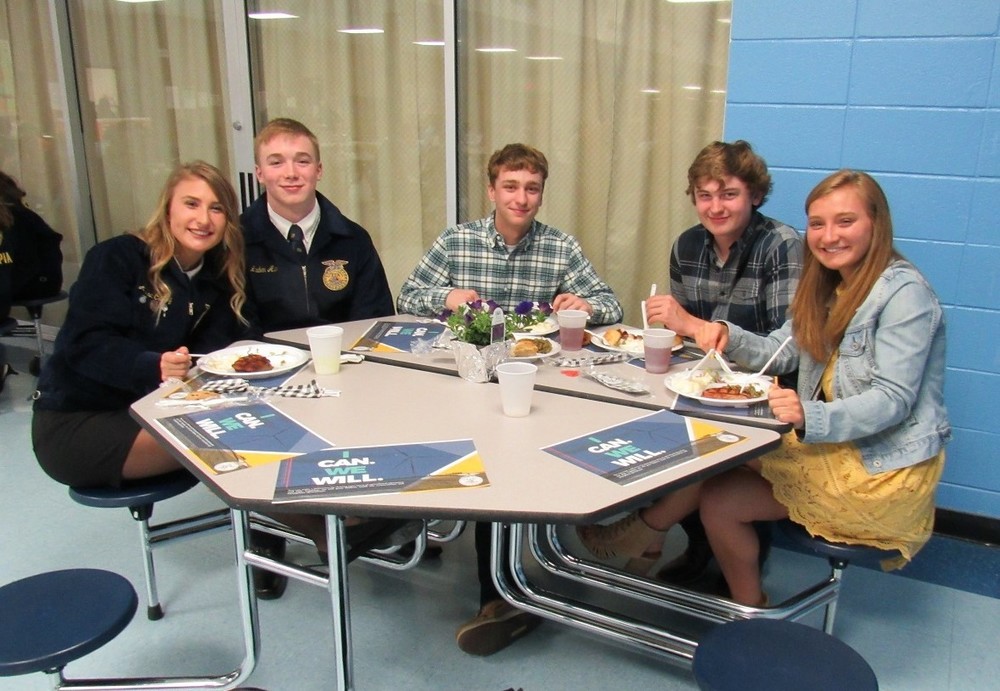 On Sunday, April 7th, the Olympia FFA Chapter held their annual Chapter Banquet. There were 49 FFA members and over 120 guests present at the banquet. On this night the FFA Chapter recognizes all of their members and their accomplishments. A few of the awards included Star Greenhand, Kailey Little, Star Sophomore, Tyler Miller, Star Junior, Cavit Schempp, and Star Senior, Molly Schempp.

To begin the night, both members and guests met in the cafeteria. After the welcome from Molly Schempp and instructions from Mr. Hoffman, tables were released to eat a complimentary dinner prepared by Trails End BBQ and sponsored by Syngenta Global Ag and Bloomington Meats. While everyone was eating, a slide show of all the Career Development Events, also known as CDE’s, was shown. After dinner, the awards program of the FFA chapter took place in the auditorium. During the program, many awards were handed out and members were recognized for their accomplishments throughout this past year. Slide shows, such as senior pictures, were also shown to the audience.  One of the many highlights was the Olympia FFA Alumni and Supporters scholarship awards.  Four Olympia seniors were awarded college scholarships ranging from $900 to $1000 each.  Scholarship winners included:  Molly Schempp, Lane Miller, Dawson Banister, and Dwayne Hancock.

Another popular award is the Kyle Haning Blue & Gold Award sponsored by First Farmers State Bank-Minier.  This award is given to the non-officers who have earned the most FFA participation points throughout the year.  Tyler Miller, Lane Schweigert and Kailey Little were recognized and we also remembered our dedicated alumni, the late Kyle Haning.  The Farm Bureau presented Cavit Schempp with the FFA Service Award for his dedication to community service.  Alumni member, Gina Schaefer, was recognized for her outstanding service to the Olympia FFA Chapter.  The FFA members of the month were also recognized:  Bailey Rogers, Ty Miller, Lane Schweigert, Kailey Little, Alex Kindred, Shandre Willoughby, Kari Simpson, and Kaden Seeman.  These awards are sponsored by Mark Dietrich-Dietrich Home Builders, Inc. 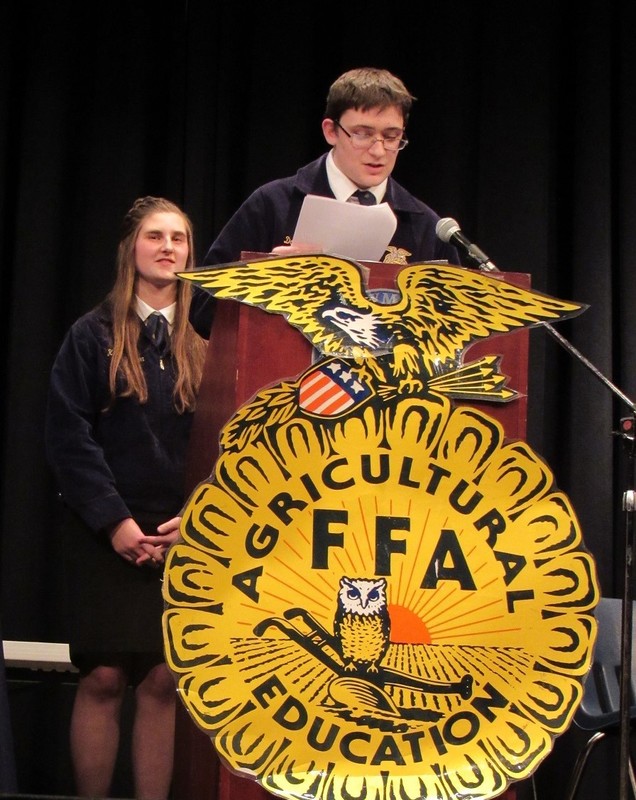 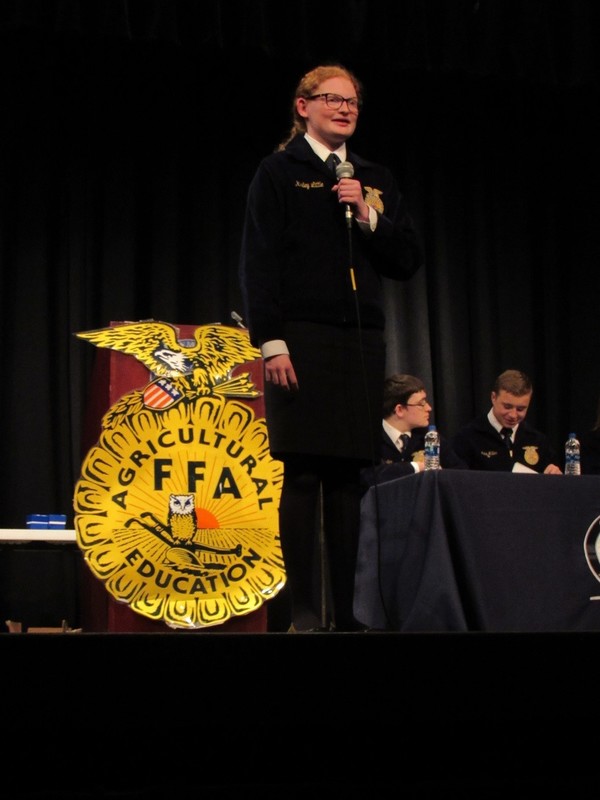