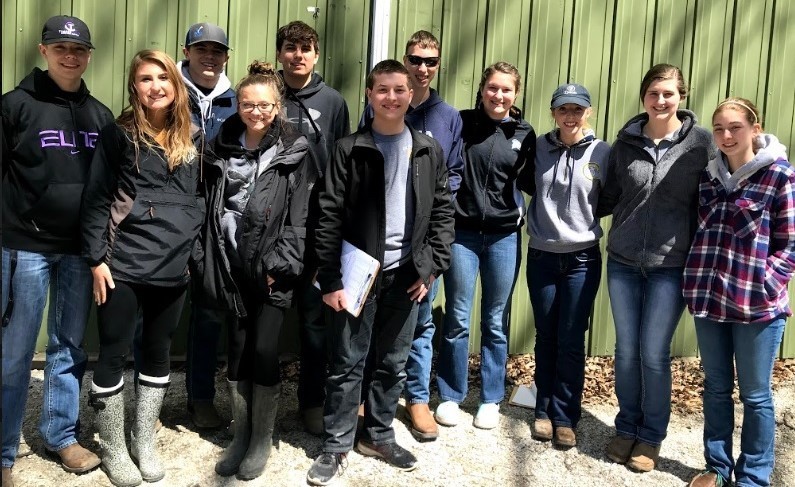 The Olympia FFA Livestock Judging Team competed at the Section 9 and State Livestock Judging CDE’s on April 12th and April 26th. The Section 9 contest took place at the Livingston County Fairgrounds in Pontiac, and the state contest was held at the University of Illinois in Champaign-Urbana. Students judged four species of livestock including, beef cattle, swine, sheep, and meat goats.

At the State Livestock Judging CDE, the Olympia team placed 12th out of 110 teams. Mr. Hoffman chose five FFA members to compete in the CDE. Those who competed included: Bailey Rogers, Molly Schempp, Cavit Schempp, Ty Miller, and Kaylin Simpson. One additional class of beef cattle grading was also included at state. Every individual represented Olympia well, but Bailey had the best performance from the Olympia team. Bailey placed 36th out of over 450 participants. Ty Miller commented, “It was more challenging than the previous livestock judging contests we participated in, but it was still a lot of fun!”