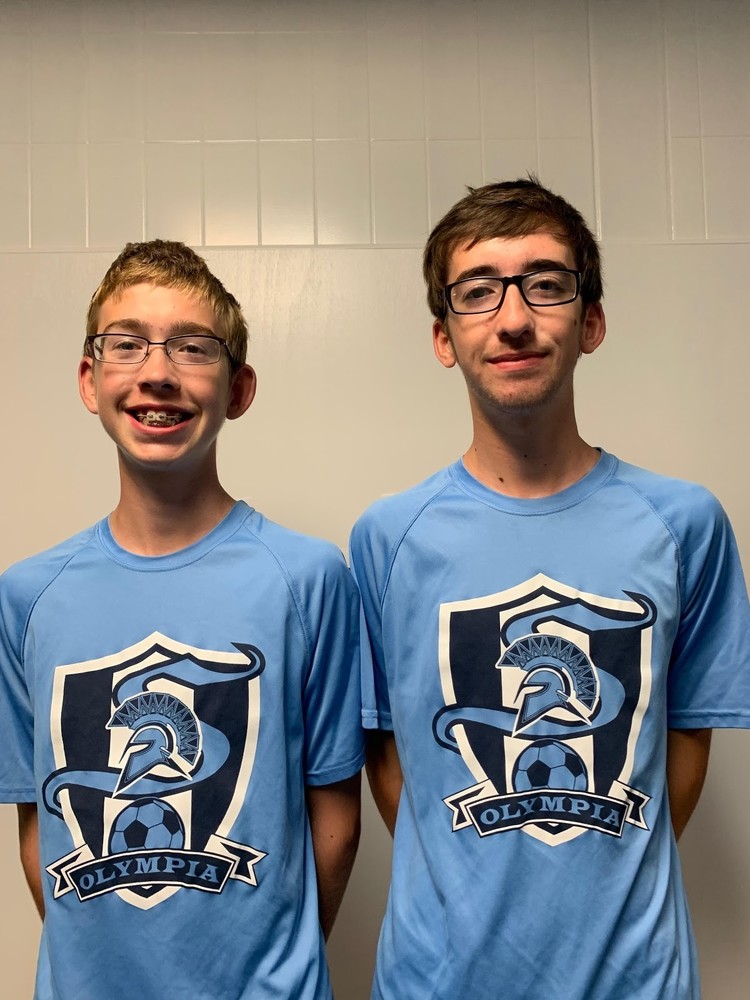 The boys' soccer season has kicked off and there are two sets of brothers playing on the team this year: Payton and Andrew Carroll and twins Elliot and Edwin Hohulin.

Competition is common among siblings, especially brothers. For these sets of brothers, the competition is fierce on the soccer field. Junior Payton Carroll states that he likes to have the competition, but he also said it’s fun to play with Andrew.

Freshman Andrew Carroll said his favorite part about being on a team with Payton is getting rides to and from practice. Payton, on the other hand, likes helping Andrew become a better soccer player.

Elliot’s favorite thing is that because of Edwin’s injury, he takes stats and Elliot can know how he is playing and what to improve. All the boys thought they were a better soccer player than each other. Payton and Andrew’s mom Connie Carroll said, “They have different parts of soccer that they are each good at.”

While the boys' soccer season may be off to a rough start, they are always improving. The amount of freshmen that there are is setting good framework for the next few years of boys’ soccer seasons.