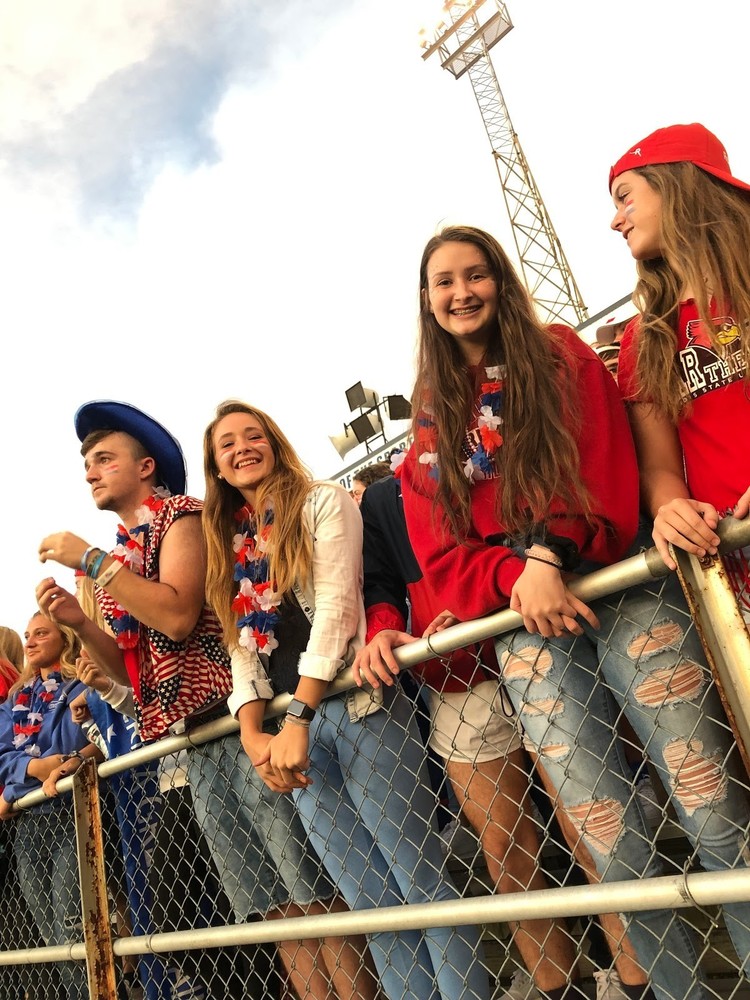 Friday, August 30th, OHS Blue Crew welcomed the new season with open arms through chants and cheers for the Spartan football players at the first football game of the season.

As the first football game rolled around, current seniors had big shoes to fill following last year’s class. They had to cheer just as loud and move just as much as last year's crew.

The first football game of the season presented a much larger Blue Crew than past years. Every Blue Crew member sported their favorite Oly jersey as they got ready to cheer for the Spartans.

Blue Crew set up as usual, seniors in the front and freshmen in the back. Freshmen tend to be very quiet during cheers. Senior, Sarah Kingston had this to say about it, “I wish we were louder, if everyone participated and actually did the cheers, we would sound a lot louder.”

The Olympia football team especially appreciates Blue Crew’s energy. “It’s good to know there are people that support you. It makes the game more fun when people are cheering you on,” said senior Kaden Seeman. Blue Crew certainly makes an impact on the players.

Some people think that there could be a few improvements to Blue Crew. Junior, Ethan Davis had some suggestions on how Blue Crew could be improved, saying, “keeping everyone on the same page will help with coordination so people don’t do different cheers.”

While Blue Crew is a big tradition at Olympia that many people would never miss out on. There were many people that said they would not be an active participant in the fan section in college. Kingston also said, “I probably won't be participating in the fan section in college. I don’t actually care about sports I really care about being with my friends.”