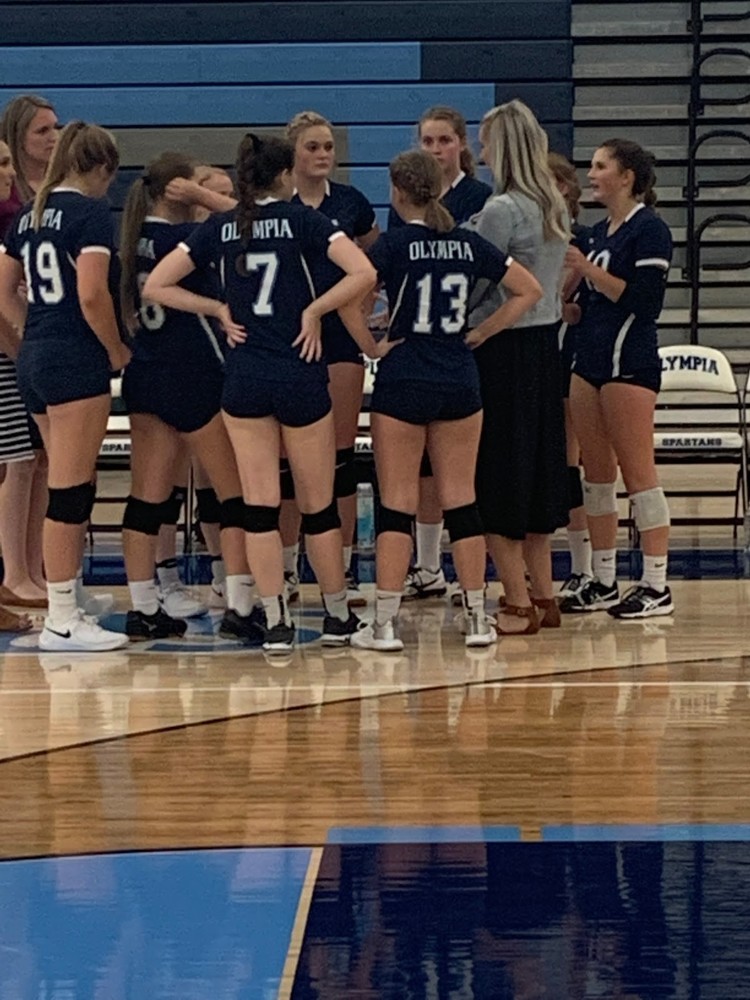 Ms. Haley Pack, OHS special education teacher, was a new addition to the coaching staff of the OHS volleyball program during off season, where she is working the players and coaches to prepare for this season.

Ms. Pack is coaching the Freshmen. Coach Pack has had a lot of volleyball experience growing up, but this is the first time she’ll be coaching. Ms. Pack, said, “I’ve played since I was a little girl. I played in high school and club at Illini Elite, and intramurals in college with sorority.”

The volleyball season is underway and the Freshmen have started out the season with a 2-4 record. When talking to Coach Pack about how the season is going so far, she said, “It’s going good we have a lot of good talent on the team. As a group, we play well together by communicating, and we have a good amount of energy.”

Maddie Conway, Freshman volleyball player, has similar thoughts about how the season is going so far. “We have potential. Coaches make us work hard and see potential in everyone. All of us Freshmen have great bonds with each other we act like a family. I’m looking forward to the rest of the season” Maddie said.

The volleyball program put in a lot of work this off season. They put in lots of time in the weight room and in the gym this summer. All players and coaches have given tremendous efforts to have a great volleyball season. Players have set goals at the beginning of the season to hopefully achieve them. Coaches also have goals for the season.

Coach Pack said, “My goal for the Freshmen this season is for all of them to keep improving their individual skills and building teamwork.”

Returning coaches this season are Mrs. Litwiller and Mrs. Steve. Talking to coach Litwiller about how Coach pack is doing so far, Assistant AD and Varsity coach, said, “Coach Pack has jumped right in. She has been willing to step in where needed and do whatever is asked of her. She is very eager to learn our methods and how we do things in our program. She has been a great addition to our program and brings a lot of energy!”

All players and coaches are very excited to see what is to come for the 2019 season. Go Spartans!