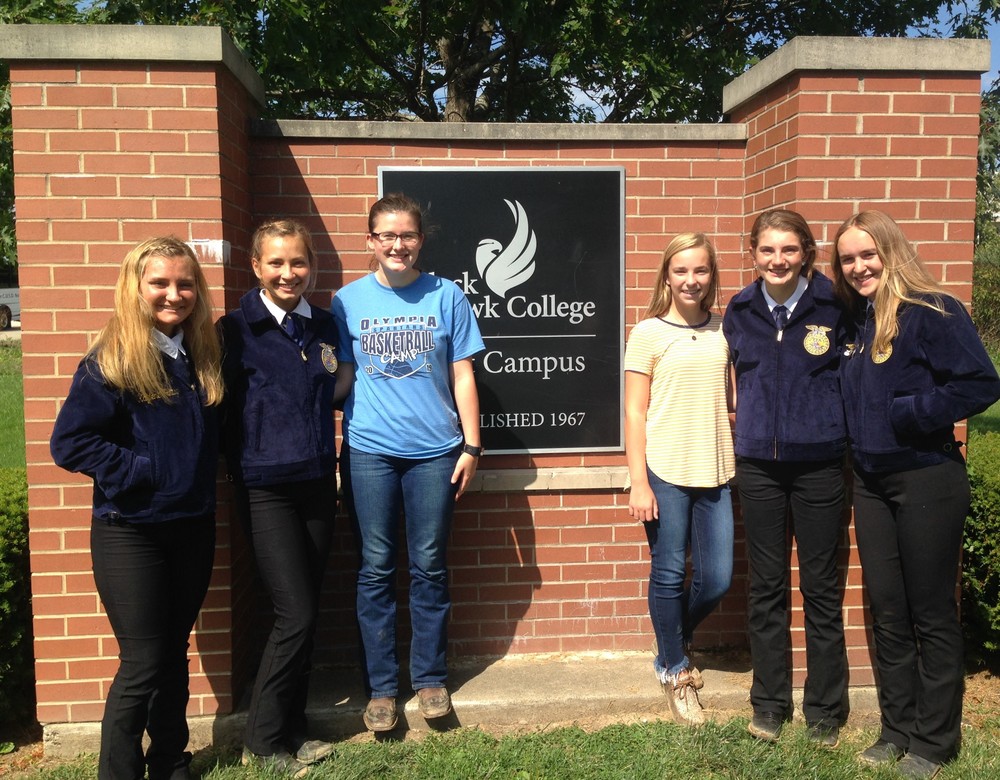 Saturday morning, September 14, six Olympia FFA members competed at the State Horse Judging CDE at Black Hawk East College.  Horse judging is divided into two teams. The reasons team placed 4th. This team of students gave oral reasons to the judges in defense of how they placed horses for two of the eight classes. Freshmen, Tarah Hilt placed 6th overall, Ryleigh Hilt placed 14th, Shelby Lynch finished 15th, and Kassidy Tackett placed 26th. Both reason and non-reason teams judged 8 classes, four of which were halter classes.  The final four classes were performance classes which included, Western Pleasure, Hunter Under Saddle, Western Horsemanship, and Ranch Riding. The Non-Reasons Team was made up of Isabelle Forrest and Lexy Douglas. The horse judging team had several people help with coaching this year including Hannah and Alyssa Casey, Carrie Lynch and Mr. Hoffman. “I’m really happy for these FFA members. We had a very young team with four freshmen, one sophomore, and one senior, yet they worked hard and were very successful,” stated Mr. Hoffman after the Saturday CDE. Senior Ryleigh Hilt stated, “I’ve enjoyed judging at the State Horse Judging CDE for the past four years. It has taught me so much more about horses and especially helped with my public speaking skills.” Tarah Hilt said, “This was my first year attending the State Horse Judging CDE and I had so much fun learning more about judging and was very happy with placing 6th as an individual.”