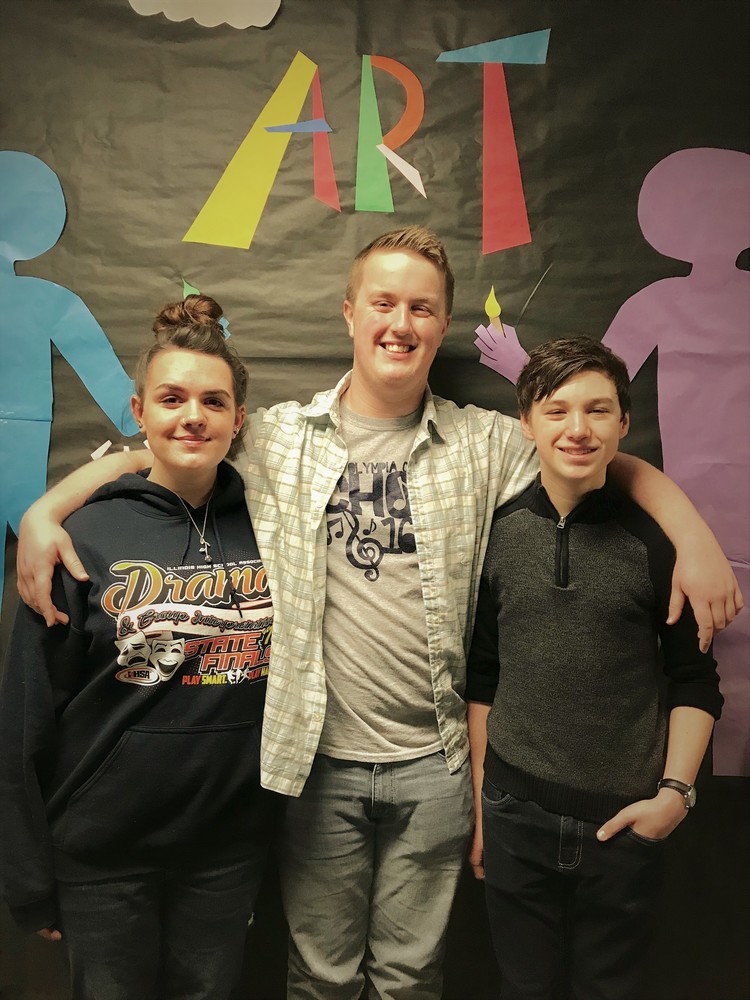 The Olympia Group Interpretation and Contest Play both competed in the IHSA State competition at the Peoria Civic Center on March 23 and 24. Group Interpretation performed “Dear Evan Hansen” and Contest Play brought “The Absolute Brightness of Leonard Pelkey” to the stage. Three Olympia students were named to the All-State cast: Ethan Schopp in Group Interp and Walker Spaulding and Jasmine Anderson in contest play.  To be honored as an all-state cast member, students must receive votes from 4 of the 5 judges.