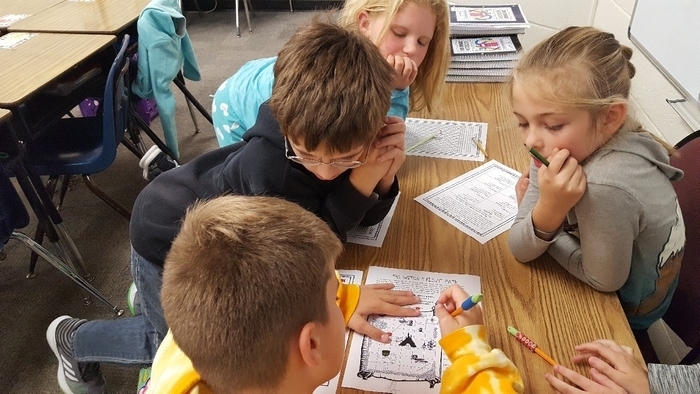 Our fourth grade learning experiences have been bigger than in the past. We have had some difficulties, but all ended good. Here are some ways that our learning have changed.

Our first major project was a CSI investigation. We had to help a skeleton bride figure out which monster was her fiance’. The monsters are a Vampire Bat, Black Cat, Skull Cowboy, Frankenstein, Scarecrow, Friendly Ghost, Pumpkin Head, and the Grim Reaper. We had to solve four math sheets and had to persevere until we found her fiance’. There were four teams with six people in each team.

The next project was the Pumpkin Patch Escape. Mrs. Martin got an envelope that told us we were stuck in a haunted pumpkin patch and had to before we switch classes. We had to unlock secret codes and plan a bridge that was made of 30 candy pumpkins and 25 toothpicks. Our bridge was proved successful if it could hold a small, medium, or large pumpkin. We worked in the same groups as we did for the CSI investigation. 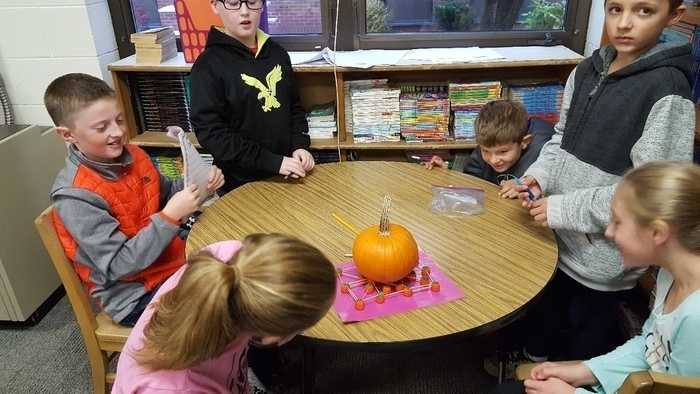 In reading, we have started Percy Jackson and the Lightning Thief.

The chapters we have read are “I Accidentally Vaporize my Pre-Algebra Teacher”, “Three Old Ladies Knit the Socks of Death”, “Grover Unexpectedly Loses his Pants”, and “My Mother Teaches me Bullfighting”. After each chapter, we have to write a summary on the chapter and fill out a activity page.

If you are going into fourth grade, those are some things you might do. Hope you have a fantastic rest of the year!