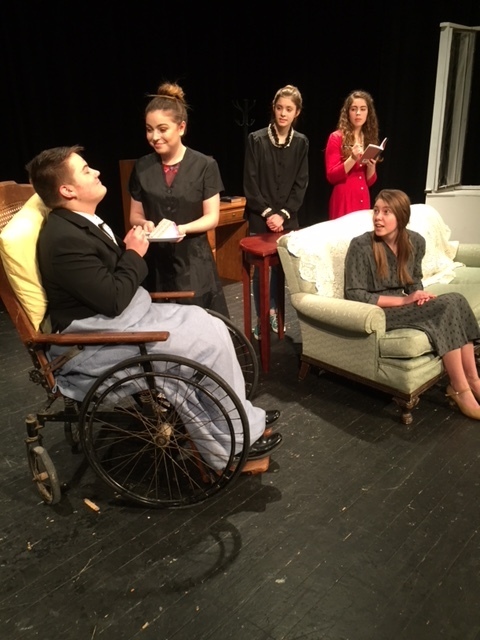 OHS Drama Department to Perform The Man Who Came to Dinner
By Kristen Schutte, OHS Torch Reporter
Tuesday, May 01, 2018

This weekend, Olympia High School drama will be performing the well-known comedy, The Man Who Came to Dinner; performances will be in the OHS auditorium.

The Man Who Came to Dinner was written by George Kaufman and Moss Hart. The show debuted originally in 1939 and ran for 3 years in New York. This show is said to be one of the funniest shows to have ever been written and performed.

Mrs. Wendy Wade, director of the production, said, “ I chose this show because it is a very funny comedy that a lot of people will have heard of.”

The show revolves around New York radio personality, Sheridan Whiteside, who slips on the icy steps of the house of the Stanleys and insists on living in their home until he is heals from his injured hip. The self-centered celebrity soon starts to control those of the household and the people who visit him.

Sophomore, Austin Meredith, is playing to role Whiteside and said, “ I enjoy playing the role [Whiteside] a lot.  I think it’s funny how he just insults everyone.”