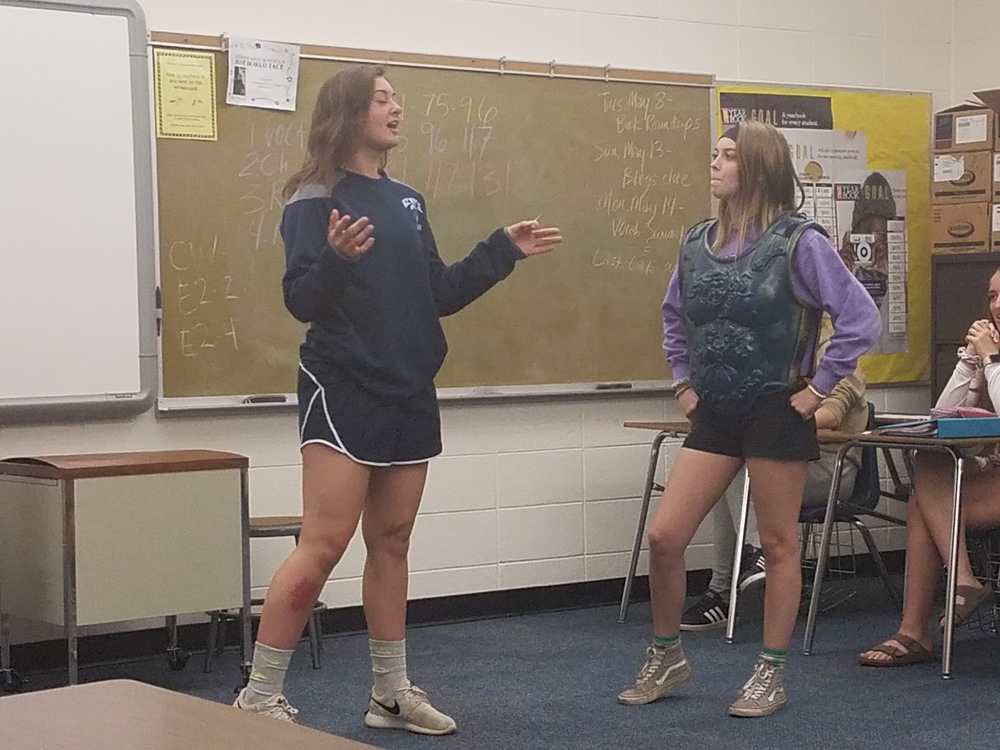 For the past couple of weeks, Mr. Brigham's English 2 classes have been studying Shakespeare's "Hamlet," which has included close readings of speeches from the play and even a little bit of acting. Earlier this week, students were asked to pair up and were given single lines of text from the play. They then had to create two-line plays out of that dialogue and act them out in front of the class. It was a good exercise in getting them to work with Shakespearean language, which isn't easy, and most groups took up the challenge with enthusiasm!