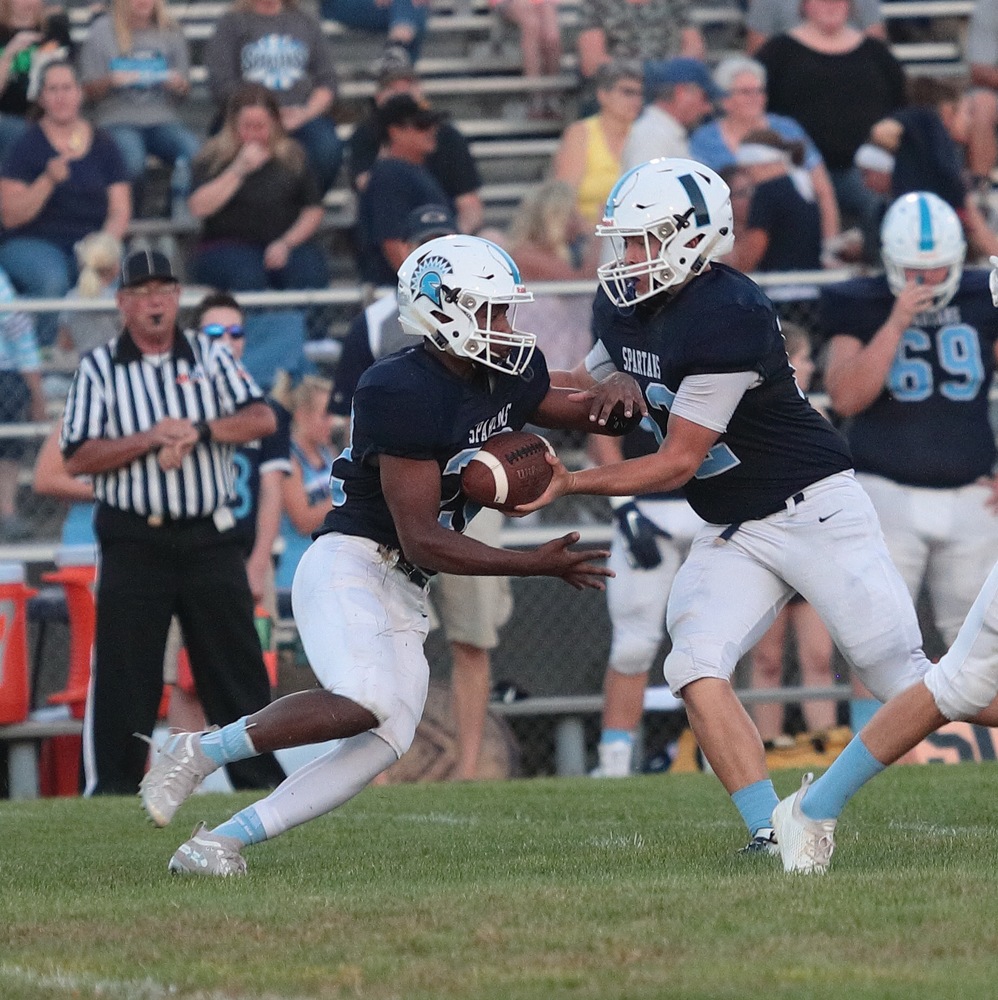 The Olympia Spartan Varsity Football team prevailed in the inaugural "Corn Bowl" football game on Friday Night, Sept. 14th, vs. Bloomington Central Catholic. The large crowd on hand was treated to a hard fought back and forth contest.  Veterans and 1st responders were also honored before the game as a part of "Hero's Night".  Slug Slager, a World War II veteran, was the honorary captain for the game.  The Spartans earned the victory, 22 to 15.