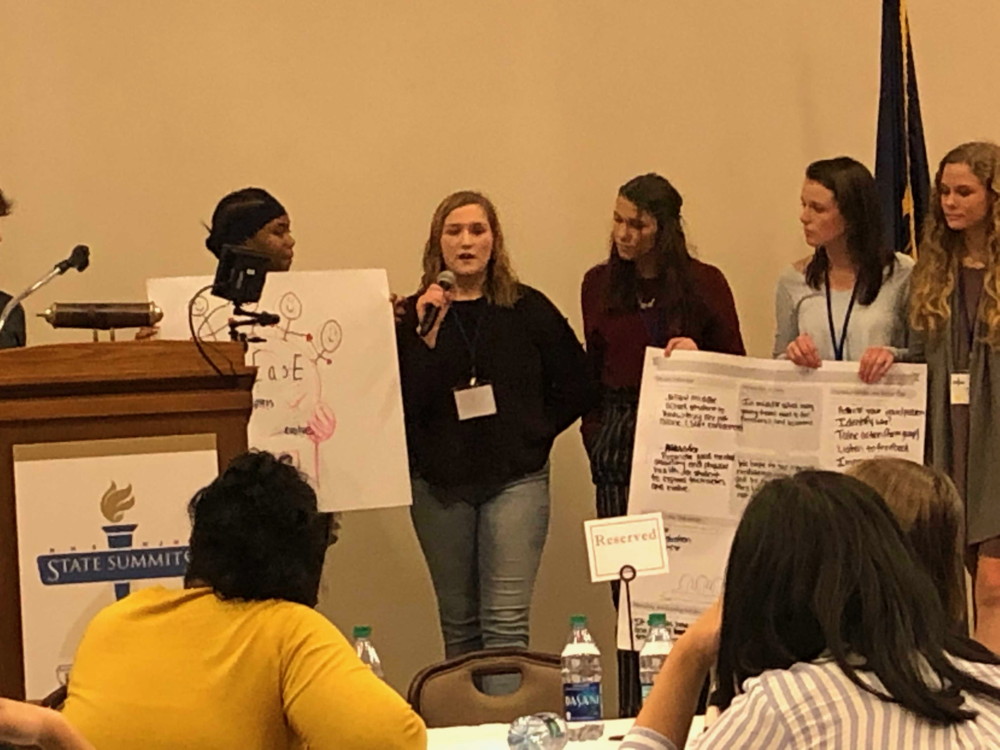 This past December, the officers of National Honor Society, including senior Cloe Spracklen, traveled to Purdue University for a NHS conference, to meet, talk and share ideas with fellow leaders.

At the event, the members were placed into groups and were told to come up with a service project based on NHS standards. Spracklen was placed in a group, which was focused on mental health in students.

At the conference, the NHS members created a program, called Release, that would meet during the school-day and would allow middle schoolers to get help from high NHS members. The program would not only be for tutoring, but also for mental health awareness.

“I think middle school is a really hard time, there is a lot of change going on all at once and I think kids would really benefit from having someone to talk to,” said Spracklen. The high schoolers would also be able to receive volunteer hours from the mentoring program.

After the leadership event was over, Spracklen came back to Olympia and shared her ideas with Mrs. Hapgood and Mrs. Steve, the NHS sponsors. Mrs. Steve and Mrs. Hapgood both loved the idea and encouraged Spracklen to work on implementing it.